New publications of the Faculty professors 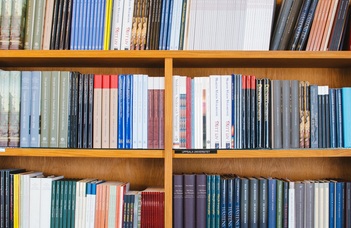 Gábor Gyáni [professor emeritus,Department of Comparative Historical Sociology] published a volume titled A Nation Devided by History and Memory: Hungary in the Twentieth Century and Beyond. The book is part of the Routledge Histories of Central and Eastern Europe Series. The author "sheds light on how Hungary’s historical image has become split as a consequence of the differences between the historian’s conceptualisation of national history and its diverse representations in personal and collective memory." (Source: Routledge)

Rudas Tamás [professor, Department of Statistics] is a co-editor of the volume titled Pathways Between Social Science and Computational Social Science. Theories, Methods, and Interpretations. The book is planned to be published in January 2021 by the Springer International Publishing. Many lecturers of the Faculty (Zoltán Kmetty, Júlia Koltai, Renáta Németh) are co-authors of the volume. "The book demonstrates theoretical, methodological and topical pathways between traditional and computational social science. The expected readership of the volume includes researchers with a traditional social science background who wish to approach CSS, experts in CSS looking for substantive links to more traditional social science theories, methods and topics, and finally, students working in both fields." (Source: Springer)